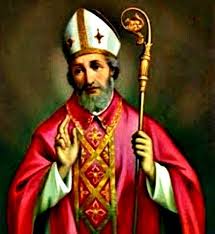 Anselm's "satisfaction theory of the atonement" is much maligned, often by those who, in my opinion, are dealing with a caricature of what Anselm actually advances in his eleventh-century work Cur Deus homo? His model often gets lumped in with penal substitutionary accounts of the atonement, despite the fact that Anselm goes out of his way to argue that the death of Christ is not an instance of God forcing an innocent person to die for the wicked. Also, Anselm's account is primarily ontological, and only distantly and secondarily juridical.

It's sometimes said that the concept of "honor" with which Anselm works is rooted in medieval feudalism and that, outside this context, this model of the atonement therefore falls apart. It's important to note that, when Anselm talks of the honor God is due, he is talking about the worship that the creature owes the Creator.

Anyways, if you're going to reject or critique Anselm's account, even in passing, you should at least have an accurate view of what he argues, and understand him on his own terms. So, in what follows I take a quick stab at laying out his argument for you, with references to the pertinent sections of the two books. I've skipped over some things (e.g., the discussion of why the number of fallen humanity couldn't be restored by angels), and I've left out any biblical references. This is designed to function as a rough-and-ready guide for you to read Cur Deus homo? for yourself.

When it's all said and done, Anselm's interlocutor in this work, Boso, concludes of this model of the atonement: "There can be nothing more logical, nothing sweeter, nothing more desirable that the world can hear. I indeed derive such confidence from this that I cannot now express in words with what joy my heart is rejoicing" (2.19). You may not come to the same conclusion, but I hope at least you'll achieve a more accurate understanding of this great text.
Matt Wilcoxen at 2:05 am