The Suffering of Love 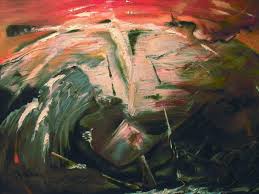 There is something uniquely eternal about love. After all: "and now faith, hope, and love abide, these three; and the greatest of these is love" (1 Cor 13:13), and "God is love" (1 Jn 4:8). Love, unlike faith and hope, is uniquely conceivable without a temporal dimension. Love cares for what has come to be--what is--and not for the formless possibility of what might be in the future. This is why love is tortured by time, which continually threatens the objects in which it rests. Only love can, and must, suffer, while faith and hope do not.

Human agency is the agency of love, the operation of this most divine longing. Yet the opportunities for the action of love are too often inaccessible to us. The more aware we are of the world, the more love is awakened within us and the more incompetent we find ourselves to be in uniting with the loveliness within objects. There is literally not enough time for our love. We have not the skills needed to enact it. When we seem to have succeeded in some small measure, it is at the painful cost of neglecting some other loveliness. The byproduct of love in the midst of temporality is always grief and regret.

To be temporal is to suffer, not because time is evil but because there is something timeless at the core of our being: "he has placed eternity in their hearts" (Ecc 3:11). This is why the physical ailments we term "suffering" are so insufferable: because they eat away at the already-too-little time and energy we have for love. And perhaps this explains the most suffocating forms of depression: an oppressive sense of dread as our fallen and finite capacities encounter a world of infinite loveliness. Whether diagnosable or not, species of these sufferings are the inevitable price of a life that is lived in a temporal world that is "charged with the grandeur of God".

The ultimate realization of temporal suffering is the final loss of agency in death, for there the possibility of love is at an end. Death thus makes the task of love infinitely more urgent, but at the same time it renders love's meaning questionable in the extreme."The afterlife," conceived simplistically as an indefinite continuation of this form of temporal existence, would only exacerbate this problem. Love would never find its home. Its sense of loss would mount infinitely with the coming into being and passing away of the objects (and moments) of love. In light of this perplexing antinomy, we must conclude that death itself is some form of mercy, precisely because it is the necessary presupposition of the possibility of some other, better, form of love's existence.

"Unless a grain of wheat falls into the earth and dies, it remains just a single grain; but if it dies, it bears much fruit" (Jn 12:24). The scriptures speak of death neither as love's total cessation, nor as an intrusive but ultimately temporary obstacle in love's infinite march forward. No, death is somehow the doorway to love's home. One dies in order to live in a new mode, one in which all of love's objects, one's own and those of others, are present to one all at once with their true depth of loveliness, its Source, now apparent. No longer must one object and its loveliness give way to another in a cruel zero-sum game; now all serve as factors in a multiplication whose product is innumerable. This is the hope of resurrection, and this is why love must take up its cross and suffer.
Matt Wilcoxen at 12:01 am