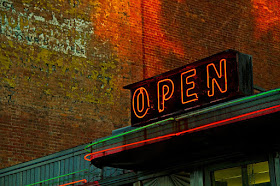 I have had a long and rather intimate relationship with Ben Myers. For example: I have lived in his house, slept in his bed, mowed his lawn (or not), driven his car, drank his whisky, and helped raise his dog. In light of all this, I suppose it's not entirely unsurprising that I'm now taking over his blog.

It's not that there was ever anything untoward between Ben and me. It's just that he's one of the most generous people around. I first encountered Ben, not by reading Faith & Theology, but when he read and commented on something I had written online when I was still an undergraduate in California. Then I started to follow him here and on social media, enjoying the open-handed verve with which he pursued theological learning. I noticed that Ben's engagement with texts and ideas was always top-notch, but also that everyone was welcome at his table.

Several years later I started looking into Ph.D. programs in theology. I had my heart set on a big name school in either the U.S. or the U.K. The only thing was, I had no viable way to pay for one of these programs. Desperate, I started praying that Providence would make a way for me. During this period I reached out to Ben Myers on a whim, just to ask if he supervised Ph.D. research. The very next day, we spoke on Skype. Within months I was applying for a doctoral program at Charles Sturt University in Australia. Not only was I accepted, but Ben worked his charm and secured a full tuition waiver for this foreign student.

I arrived in Australia in 2012 when Ben and his family were on sabbatical in Germany. My wife and I spent our first couple of months living in Ben's home and caring for his legendary dog, Kola (R.I.P.). For the next several years Ben's generosity continued. He shared his life with me, taught me how to write, allowed me to teach alongside him, and saw me through to the end of my Ph.D. thesis in 2017. For my wife and me Ben's help was the key that opened the door to one of the most meaningful periods of our lives. We made many friends, we became Australian citizens, and we found our ecclesial home in the Anglican church. Perhaps most importantly, in emulation of Ben we acquired a goofy black Labrador Retriever.

I now live in Washington, D.C. where I minister at a church on Capitol Hill. I love my life here, but I've come to miss the rich theological community Ben creates around him wherever he goes. I want to find my way back into what I saw with Ben by going forward in my own way. Because of this I recently tweeted that I was thinking of starting a blog. Within hours I had a predictably generous message from Ben, offering me Faith & Theology. Everything came full circle today when I once again met with Ben through Skype and he handed me the reins. Like Elisha to Elijah, I requested from Ben a double portion of his spirit.  He said that, unfortunately, he had given away .6 of his spirit, and therefore that he could give me only a 1.4 portion.

Faith & Theology is open again. Stay tuned for posts on theology, philosophy, and culture, as well as reflections on scripture and book reviews. I can't fill Ben's shoes. I know this to be true because I've actually worn them before and they don't fit me.
Matt Wilcoxen at 11:51 pm
‹
›
Home
View web version