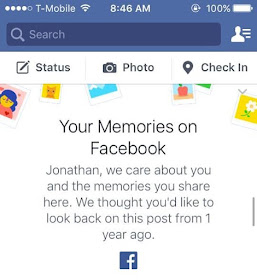 Their Lord was a loser, his ministry a failure, his death a shambles, so just what did Christians expect when pastors became celebrities?

Peter’s advice to Christians who would boast about their faith: “Cock-a-doodle-doo!”

“It’s better to light a candle than to curse the darkness.” But hey, why not do both?

There is nothing so uninteresting as certainty. Hence our puzzling preoccupation with the most certain thing of all, and therefore the ultimate in boring: death.

The problem with many sermons is that they continue after they conclude.

So studies show that prayer is good for you. It makes you healthier, happier, more stable. Well, if it’s so beneficial, the hell with it!

Thank God for sorrow. Without sorrow, we would all be such insufferable pricks.

The NRA has more congregants than Episcopalians and not many less than Lutherans and Methodists. Well, Jesus did say, “On LaPierre I will build my church.”

According to a recent poll, the historical event of which the British are proudest is the creation of the NHS (1948), with standing alone against the Nazis (1940) coming a distant second (68%-49%). Imagine that, my fellow Americans. No, I didn’t think you could.

Ironic at least, tragic at worst, our neighbour is more likely to be our enemy than the stranger we so fear.

It’s not rocket psychology: we are afraid of strangers because we are afraid of ourselves, my inner others who are split, repressed, denied, or, less pathologically, simply fugitive, obscure, opaque. Xenophobia is misdirected egophobia.

If you want to catch the essence of humanity, observe the faces of the sleeping. We look like imbeciles, don’t we? Or, better still, passport photos. Serial killers, right?

Jeez, the way some Christians are responding to life in a post-Christian culture you’d think that Chicken Licken was a prophet and whinging and sulking fruits of the Spirit.

I’m thinking of taking the Benedict Option. Benedict Arnold, that is. Under the current administration treason seems a conscientious calling.

Back in the day, I moved in a circle of junkies. I still do, but the addiction du jour is now Facebook, a drug equally toxic, harder to kick, and easier to justify.