Philosophy at Middlesex: Boethius and the barbarians revisited 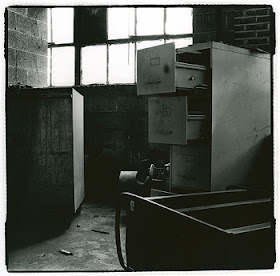 How did it happen? How did it come to pass that our universities employ more administrators than academics and that many academics are now powerless in the decision making processes that directly impact the intellectual standards and scholarly viability of their own faculties? How did it happen that the university became a business interested in growing its market share by strategic plans that entail the sacrifice of any school not central to what the administration determines is the university’s corporate brand? How did it come to pass that academics in a university are merely human resources that the administration uses, or dispenses with, or abuses, at will, and students are merely consumers, not even of the intellectual products the academic human resources deliver, but of the corporate brand image of the university?

The “reality” imposed on academics and students by “their” administrations is often this: academics exist to facilitate the corporate goals of university administrations and students are merely the paying consumers of the vocationally useful brand image which the “university” sells. It now seems fabulously old fashion to believe that university administrations exist in order to facilitate the work of academics in the education of students. Gone, it seems, are the days when a university was at core a place interested in learning for the sake of learning, for the sake of the pursuit of truth, for the sake of the humanizing value of being educated. The passing of that pedagogic vision means that the soul of the Western university is now in its death throws; and it is being killed not by barbarians from the outside, but by barbarians from within.

What is going on at Middlesex University is a revolt. This revolt is an attempt to cast off the shackles of administrative barbarianism and to remind us all what the heritage of the Western university is really all about. This is not simply an ideological matter, it is also a matter that has very tangible consequences for universities themselves. For the reality is, barbarian-managed universities are living off the non-renewable capital of past reputation. Such ransacking of what makes a university a university, without any re-investment into the academic health of the institution today, can only kill the successful corporate university in the medium to long term. 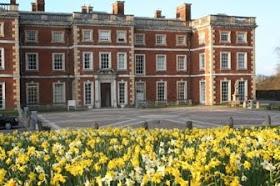 But those sorts of horizons do not worry high-level administrators. They get a very nice corporate lifestyle in the meantime, as they drive “their” university into the dirt. The large corporate management culture cares nothing for the intrinsic value of learning or for the sustainable health of a learning institution: its brief is only to market the short term effectively. To this end the administration must always be cutting costs (never corporate), in order to produce a greater financial return for less capital outlay. Hence, “our” administrators are leaches sucking the lifeblood out of our learning institutions, bloating themselves at our expense. And they expect us to thank them for this.

The staff and students of the Philosophy Department at Middlesex are telling the world that the killing of the Western university at the hands of its own administration is a great cultural evil, and they are endeavouring to stop this evil. If precedent is anything to go by, the Philosophy Department does not have a high chance of success. Many Western university administrations have already killed off or permanently crippled their humanities programs in recent years. While there is often a bit of a rough patch while academics lose their jobs, and a few students get thrown in the paddy wagon for being a nuisance, the deed is simply done, and things go on as usual (for the administration) once the dust settles. But it is vital that the staff and students of Middlesex triumph over their administrative barbarians. The trajectory of precedent must be turned around.

To follow the Middlesex debacle, you can get regular updates here.
Ben Myers at 12:54 am