A guest-post by Scott Stephens

When it comes to theological brand-names, they don’t come any sexier, or more 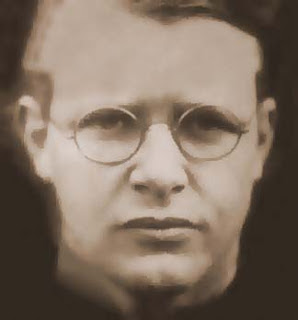 marketable, than Dietrich Bonhoeffer. The inherent nobility of his short life, his blistering intelligence, and his martyrdom at the hands of the Nazis places Bonhoeffer among the unassailable luminaries of our time. Even Christopher Hitchens – who savaged Mother Theresa in a vicious polemic entitled The Missionary Position – can’t find anything bad to say about him: “Religion spoke its last intelligible or noble or inspiring words a long time ago: either that or it mutated into an admirable but nebulous humanism, as did, say, Dietrich Bonhoeffer, a brave Lutheran pastor hanged by Nazis for his refusal to collude with them.”

Because of his near universal appeal, it was inevitable that Bonhoeffer’s demanding body of work would be made more available for popular consumption and reduced to an “Everyday-with-Dietrich” style anthology of sayings, sermons and other morsels of spiritual advice. But every now and then, one comes across an appropriation of Bonhoeffer that is so perverse that one is compelled to put one’s foot down and say, “Enough is enough.”

Anyone who has read John Shelby Spong – whose books I’ve always found very easy to put down, and almost impossible to pick back up again – will by now be familiar with

his pretentious appeal to Bonhoeffer’s “non-religious Christianity.” His strategy, of course, is to position himself as the heir to Bonhoeffer’s legacy, the realization of his dream. But nothing could be further from the truth. Not only is it outrageous to pass off the bilious swill that Spong mass produces as being in the same league as Bonhoeffer, but Spong effectively destroys his own intellectual credibility by failing to recognize that he is implicated in Bonhoeffer’s critique of religion. Let me explain.

An important touchstone in any consideration of Bonhoeffer’s attack on religion is his remarkable book, Discipleship, whose manuscript was completed exactly 70 years ago this week. Unlike Bonhoeffer’s earlier books, written effortlessly in the unmolested surroundings of the University of Berlin, Discipleship reflects a deep sense of urgency, as though it was demanded by the reality of an escalating crisis.

There had been, in Bonhoeffer’s reckoning, a chronic malfunction in the church’s life which all but neutralized any effective witness it might have to the world. Somehow “grace” had ceased being the power which binds us to Christ, which elicits the repetition of the drama of death and resurrection in the lives of members of the church. It had instead been cheapened, and re-tooled so as to consecrate indiscriminately all the banality, idolatry and godlessness of culture.

When the church peddles a form of “grace” aimed at making people “feel more secure in their godless lives,” it frankly ceases being the church, insisted Bonhoeffer. Having forsaken its duty to be “salt and light,” the church whored itself to the state, offering its wares in exchange for financial security and the benefit of a quiet and peaceful existence. It was thereby reduced to the status of a mere service-provider, the state-sanctioned dispenser of sentimentality and meaningless assurance. He writes: “We gave away preaching and sacraments cheaply; we performed baptisms and confirmations; we absolved an entire people, unquestioned and unconditionally.… When was the world ever Christianized more dreadfully and wickedly than here?”

This instrumentalization lies at the heart of what Bonhoeffer calls the “religion-concept” (Religionsbegriff). In so far as “religion” represents a mere expression of the human longing for transcendence and meaning, it can be employed by a culture as a pagan affirmation of the people’s inherent divinity. For Bonhoeffer, the shared category of “religion” was the means by which the church had been absorbed into the bloodstream of German culture, and thereby rendered complicit, impotent, idolatrous. 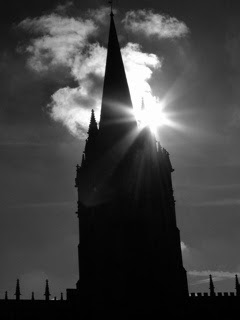 traditional Christianity in favour of a more spontaneous communion with the Ground of Being. Instead, it stands for the church having the courage to be the church, to follow Jesus in his uncompromising concreteness, and not to seek refuge in the shadows of pseudo-theological, liturgical or ethical obscurantism. The irony, of course, is that the mishmash of pop-existentialism and flaccid pluralism that Spong urges upon the disaffected faithful is precisely the kind of cancerous religiosity to which Bonhoeffer was opposed. The following passage from Spong’s A New Christianity for a New World speaks for itself:

“God is the Ground of Being who is worshiped when we have the courage to be. Jesus is a God-presence, a doorway, an open channel.… These are the claims that will be part of the Christianity of tomorrow. I am hopeful that such a Christianity can be born and that with it an invitation can be offered to all people to step into their own humanity so deeply that they will find it a doorway into God.”

While Spong famously predicted that “traditional faith is dying,” Bonhoeffer would have pronounced this brand of “new Christianity” dead on arrival, a carcass from which the breath of the Spirit and the pulse of Jesus’ mission have long since disappeared.
Ben Myers at 11:38 pm