Propositions on peace and war: a postscript

by Kim Fabricius (a postscript to this discussion) 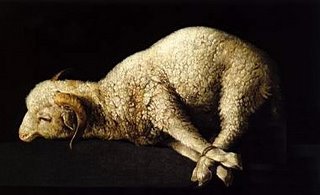 What a good discussion: resolute statements, discerning replies, penetrating questions – and all spoken with grace and heard with humility. A tribute to the ethos of Faith & Theology. Thank you, all; and thanks to Ben, who has asked me if I’d like to make any final comments. Yes, please!

First – to repeat – the Christian pacifist argument turns on the nature of the triune God; and the normative criterion of the nature of the triune God is the Christ event: the crucifixion and resurrection of Jesus, the hinge of history, and his life and teaching, the paradigm for all human action. If there is violence in this God – in this Jesus – the case for pacifism falls. Of course there are plenty of OT references to a violent deity, and a few in the NT too, but unless the opponents of pacifism can demonstrate a violent streak in Jesus himself (the hermeneutical criterion of all scripture), their case is like espresso without caffeine – it lacks the essential ingredient. In my view, the case has not – and cannot – be made.

Second, opponents of pacifism are also surprisingly – or perhaps I should say unsurprisingly – quiet about the pacifist church of the first three centuries. Did the church get it wrong? Or is it that the changing circumstances of the church under empire, and then under nations, changed everything? But if so, why? What does Constantinople – or Washington – have to do with Jerusalem? If Christians were pacifist under pagan rule, why should they abandon pacifism under Christian rule? Indeed, what constitutes “Christian rule”? Is not the very idea that a Christian ruler/government may wield the sword an oxymoron? This is certainly a question that needs to be answered rather than begged. As does the Lutheran idea that secular vocations absolve Christians from obedience to the Prince of Peace.

Third, that hard chestnut, which seems to be the soft-underbelly of Christian pacifism: what about the innocent and defenceless under violent attack, be it family or neighbours at a personal level, or racial/ethnic groups or states at a national/international level? Surely, it is argued, the love commandment itself not only warrants but indeed demands a violent, if surgical, response to violence. But if – and I take this as read – there are no theological grounds whatsoever for violent self-defence (forceful restraint is something altogether different), where is the logic in the leap to justifying the violent defence of others? Furthermore, does not this argument rely on blatantly sub-Christian ethical reasoning – namely, that the end justifies the means? More fundamentally still, does it not assume an understanding of “love” (and “peace”) derived apart from revelation, i.e., apart from the crucified and risen one? In other words, does not the argument rely on natural theology, specifically on natural law theory – i.e., on pagan sources? How interesting that, on peace and war, both Barth, and eventually Bonhoeffer himself, take this detour – or rather cul-de-sac – from their otherwise consistently biblically based and dogmatically mediated ethics.

Fourth, and following, I suggest that the anti-pacifist case is based on a skewered understanding of “realism/pragmatism” (severed from the Jesus-narrative), which in turn is based on the unexamined notion of “common sense.” For what is common sense but a prejudiced way of finding our way around the world which was, if not imbibed with mother’s milk, at least fixed in childhood and adolescence? And what is the gospel if not radically counter-intuitive? Even deeper, the anti-pacifist case seems to accept the assumption that there is nothing worse than oppression, defeat and death. But Christians should know better than that!

Finally, it hardly needs (I hope) to be said that authentic Christian pacifists are not do-nothings, let alone cowards – though (as one wag has put it) being a pacifist between wars is like being a vegetarian between meals. But as Hauerwas rightly insists, pacifism has its roots in Christian character inculcated and matured in everyday discipleship, so that pacifism is not a decision that is made but an identity that is given. Gandhi said that to do nothing in the face of evil is to deny one’s humanity, and to oppose evil with the weapons of the evil-doer is to affirm one’s humanity – but to oppose evil with the weapons of God is to affirm one’s divinity.
Ben Myers at 4:28 am